A pair of nice cameras recently went through the wringer here at the Tsoorad Test Lab.  It has been a long time since I last looked at camera add-ins/add-ons.  I am a laptop user by day, and a lurker when not running a meeting where I need to show some slight sign of being an adult.  Ergo, I have no need for an camera.

Until that is, I go into an environment where desktops still exist, and those desktops are no longer the large box that used to be, but they still have the normal limitations… like camera’s that don’t exist.  Therefore, last month the camera issue came up again. 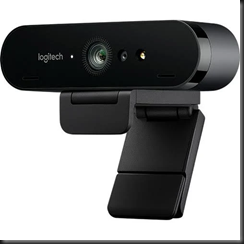 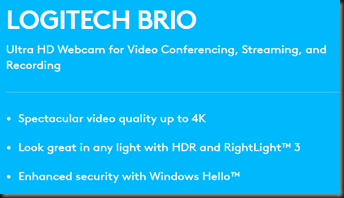 The Logitech C925E webcam is offering a reduced feature set (no 4k) but also a reduced price point. 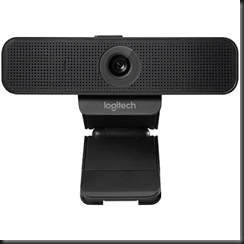 The available-for-download software is useful for adjusting all of this. Pan and zoom to boot.  Not a large amount of adjustment range, but enough.  Useful rather than over the top. 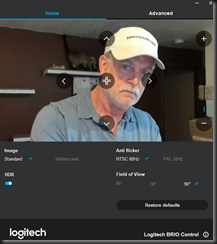 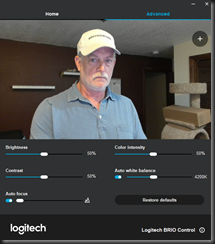 Zoom and Pan…starting with this: 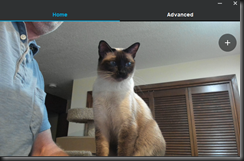 Moving past that, both cameras have a good solid feel.  Materials are very nice, the hinges and other parts were not falling off nor did they appear to want to do so anytime soon.  Always a plus when I cannot break something.

The Brio needs a USB3 port to do 4K.  I have it hanging off a USB3 hub, and it seems to be happy. Both have a threaded boss on the bottom of the mount so you can setup on a tripod or other such device.  The Brio has a separate cable, the 925 has an attached cable.

The Brio documentation included with the units was the now de rigueur one page cartoon.  Surprisingly effective in this case.  What does that say about me?  The 925 had booklets of languages…and cartoons. There was more safety documentation than instructions.  I know that there is always someone, but do we really need to warn the dainbread about using this product in the bath/shower?

And, a final discriminator…the Brio has a velvety carry pouch.

Brio on the left

Different default field of view, and the Brio is doing some automatic light show stuff.

What Tsoorad review would be worth its electrons if it did not have some hook into SfB/Teams?  Well, this review is no different…

The Skype client loves these things.  You just have to plug them into an appropriate port and then go choose. 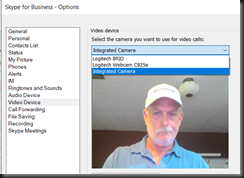 Teams wants to be different, yet the same.  Bipolar city.  But still, here the cameras are for the choosing.  Hey Microsoft! I sure wish you could do it before deciding to call. As expected, Logitech has nice solid devices here; for my purposes the video quality was much better than my onboard laptop camera and was past what I see people typically using in my day-to-day experience.  If you have a need to go up on the big screen, the 4K looks really good – so good you might want to check your makeup before hand.

I wanted these units to work with SfB/Teams without me having to do anything past choose it.  They both functioned as expected and the output looked great doing it. If you are needing it, the Brio + software can potentially enhance your security and the 4K video is really nice.